Do you find yourself lost in a field of terms like "liberty", "tackless" and "free riding"? Well we sure do! We know what we think these words mean, so we're going to attempt to stop the confusion right now. Keep in mind that we do not advocate any specific method, though we do strongly encourage everyone to try Clicker Training.

Here are the terms, what people think they mean, and what they actually mean. According to us.

noun
Ah, what everyone seems to wish they had but what most people don't want to commit to actually practicing. Today, this describes a style of horsemanship. It is not something you do sometimes, you cannot have "liberty sessions" but you must practice liberty consistently to call yourself a "liberty trainer" or to say that you "do liberty". It's basically a discipline, like Show Jumping or Reining. Except it's Liberty. Now, we're not saying that the term "liberty" isn't thrown around loosely amongst ourselves, but if you are going to advertise that you practice liberty you ought to know the depth of your commitment!

The definition of liberty is this:
1. the state of being free within society from oppressive restrictions imposed by authority on one's way of life, behavior, or political views.
2. the power or scope to act as one pleases.

Translated to the horse world, this means you will not use any restrictive force in order to get your horse to do as you say. You will not punish the horse for expressing themselves, and you will always provide them with the choice of participating or not participating in any activity you attempt to do with them. This does not include preventing your horse from endangering themselves or others, as we recognize that sometimes we, as humans, need to step in and help. However this does mean you do not engage in the regular use of halters, and that you never use any sort of tack to ride. In using these items, you automatically null the definition of liberty by imposing your authority on your horse. Even the term "training liberty" is a tricky one, because the act of training implies that you are teaching your horse to comply with your views of how they should respond to a cue.

adjective
This is much easier to use freely than "liberty". To do something "at liberty", you simply do that activity with no restraints (aka halters,  bridles, ropes). You can indeed have "sessions at liberty" and practice things "at liberty". Anyone, any discipline, can accurately say that they incorporate training "at liberty" into their training programs. For example, you can do trick sessions at liberty, or decide to lunge at liberty. You can groom at liberty and then saddle up and go riding, it does not matter what else you do with your horse outside of that session at liberty to be able to accurately say that you practice at liberty.

adjective
This simply means that you ride without tack. It has no connotation indicating how you got there, just that you can get on your horse without a saddle or bridle and ride. Lots of people seem to think that riding in a halter is riding tackless. This is not true, as a halter is a piece of tack and is pretty much the same as a hackamore. Aka a bridle. Hence you are riding in a halter, not tackless. Riding tackless is only a way of describing how you are riding during any particular session, it is not an actual style, discipline, or commitment. Granted, you could opt to ride tackless during all or most of your riding sessions, but that does not mean that you are necessarily for or against the use of tack, simply that you choose not to for other reasons (-cough- Rachel is lazy -cough- (; ). In this case, you may be more of a free-rider (see definition below). Riding tackless is quite interchangeable with riding "at liberty". But again, this does not mean that you "do liberty".

adjective
Riding bitless is a very broad term. Does it include liberty? Tackless? No. Bitless

means you are riding with a halter or a bitless bridle

noun
Who knows what this means, right? Free riding is something that is a little less common, but seems to originate from Alycia Burton and her neck rope riding. This term is a great way to describe your riding style if you ride predominately in a neck rope or completely tackless, but do not practice liberty. You can say "I do free-riding, which is riding tackless". We think that free-riding should be a more common term to describe what a lot of people claim to be liberty.

noun
The act of training while using a clicker. This is probably the most broad term, as it does not indicate that you ride or trick train, or even if you work with horses or dogs. It simply implies that you use a clicker to enhance the level of clarity between human and animal to help aid in the language barrier that we must overcome when working with animals. By nature, it can easily be combined with most other "methods," as it is more or less a means of clarifying communication, not a philosophy or mindset like liberty.

Fresh Eggs from My Backyard Hens 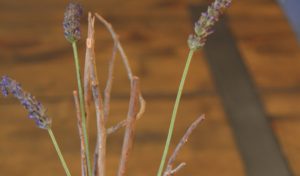 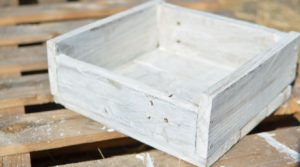