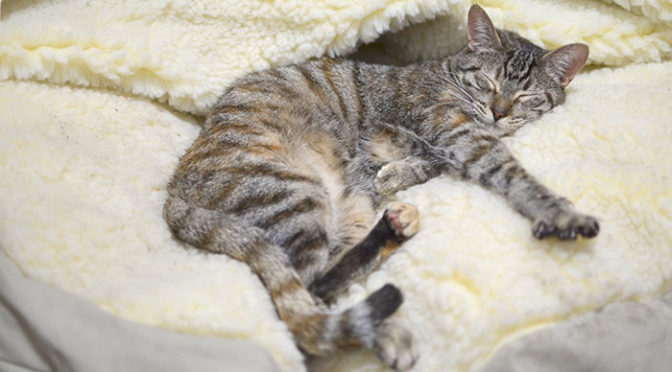 I believe that most animals are happier in the company of another. When Samus found herself suddenly without feline companions for the first time in her life, I could tell she was bored. While I enjoyed the extra attention she paid me whenever I returned home, I couldn't stop thinking about how alone she must be when I am away for most of the day at work. She's always been a playful cat, and I knew she would prefer to have a playmate.

On a day that I had two of my best friends in tow, I decided to go find Samus a little sister. I tried to have no expectations, but I had a feeling I would return home with a new cat. We pulled up to the county shelter, the same place that Loki came from,  and they had two cats in cages in front with their foster mom. They were described as kittens, though they were large at 7 months old. Both hissed at us immediately. The male appeared less aggressive and approached us at the gate, though hissed periodically. The female was very unhappy with us and growled loudly while hissing from the back of her cage. 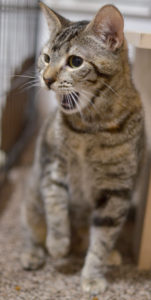 I talked to the foster mom about them a bit, and she was saying they were sweet cats at home but very timid and fearful, hence their reaction to the new environment. I was drawn to the ferocity of the female, as she didn't appear timid in my opinion. She seemed only defensive, not necessarily afraid. Just pissed. And I thought, "that could work out well with dogs".

I asked if we could take her anywhere more quiet to see if I could get to know her a bit. The county shelter doesn't really have nice meeting rooms, so we tried taking her to the room where they kept the kittens too young to be adopted. She was only worse here, with constant growling. But when I stuck my finger in her carrier, she rubbed against it affectionately (though she kept growling). I said I'd take her. 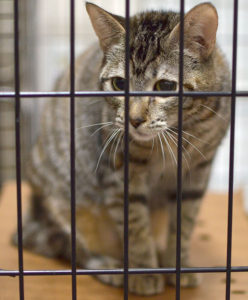 We brought her home, and I set up Thanos's old crate for her to stay for a few days. I wanted her and Samus to have awhile to see each other while separated, and Lyra had to get use to the dogs. For several hours she did not leave her box. But by nighttime, she was sitting on the box and watching the house curiously. There were still growls and hisses when an animal got too close, but she was genuinely interested in her surroundings. We let her out for a bit, and she walked around bravely. I knew she was brave behind those defenses 😉

After a few days of being in the crate, and many staring contests with Samus, I let Lyra roam freely. Samus was NOT happy with the new addition, and though Lyra was ready to start playing right away Samus would have none of it. It didn't take long for Lyra to decide the dogs weren't that scary.

Several weeks later, Lyra and Samus were rough-housing and Samus even let Lyra sleep next to her on occasion.

Today, Lyra and Thanos are pretty good friends. They play together, and do a strange form of wrestling that involves Thanos moving his mouth around her as she bites and bats at his face. She'll sometimes just grab his ear or the skin around his neck to engage in a session. He likes to follow her around sometimes, too. They can often be seen sleeping next to each other on the bed! Here's their friendship forming in pictures:

Within days, I learned that Lyra is a particularly special cat. She loves giving kisses, and will lick your face as vigorously as any dog. She also loves playing in water, and will join you in the shower or jump in with the dogs as they get baths. Doing dishes is a struggle! As demanding as Thanos, she requires much love. She has no fear of strangers, and will lick a stranger's face as quickly as someone she loves.

I think this girly is happy to be adopted❤

Trip to the vet? No big deal. There's lots of fun things to smell there.

Don't like the thermometer? Turn on the faucet and then there's water that is so fun who cares what else might be going on.

No room to snuggle between you guys in the bed? She'll just lay on top of you both.

Dogs that she's never met? That's okay, after some short scrutiny they're just the same as her big brothers; or maybe more fun, if they are better at playing chase? 😉

Have to get up to get to work? Good luck, with this weapon of cuddley adorable cuteness that will give you kisses and hold your face in her paws like you are the best human that ever lived.

Lyra wants to go out with the dogs so badly, that I have purchased her a kitty harness. Once it stops raining, Lyra will be venturing out on a hike with the dogs! We might even take a trip to the pet store or the barn. Lyra has already shown me she enjoys travelling in the car, and will just lay down and relax. She is just happy to be wherever people are! 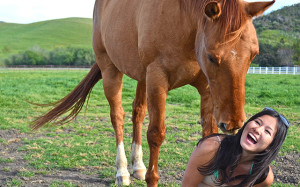 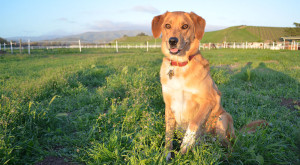 The Story of Loki