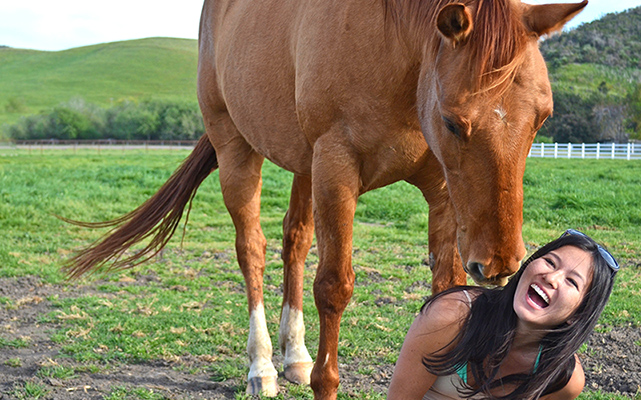 Trubee was a gift, he found his way to me through a series of events that could be called fate, just like Tucker!

A brief recap on Trubee's life that I know about:

Born in Wyoming on June 13th, 2006 to Dolly's Levi by Troubador O' Spear as Booties Troubador, Trubee had a rocky start. I can't remember the exact timeline of events, but after being trained Western Pleasure Trubee found himself left at a ranch in Utah with a lady who was not at all kind to him. The girl who gave Trubee to me had tried helping him, and would fill his water just to find it dumped the next day. He became nearly emaciated because the lady would not feed him. She would beat him and then tell them about it, she said she would hit him for trying to eat and for being "aggressive". (Yes, because Trubee is by far the most dangerous horse I know...) The girl's family was eventually able to buy him and save him from that mess in May of 2011. He was then spoiled and fattened up a bit, and even carried her through a schooling show doing dressage and jumping before moving to California!

My story of Trubee starts in the Fall of 2011, when he was 5 years old. We met in an intermediate riding class at our college, where Tucker and I had enrolled. His owner was not riding him in the class, but her friend rode him and I still saw his owner out there taking care of him frequently. 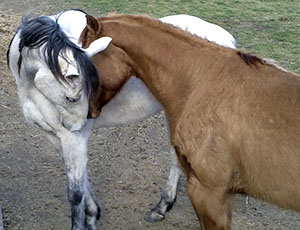 I remember thinking how strange his color was when I first saw him! He was one of the better behaved horses in the class along with Tucker and Lauren's horse May. That was really all there was to it, Lauren and I didn't exactly hang out with any one else in the class. Then we left for winter break and when we returned, Tucker was given a pasture with this fuzzball of a horse that vaguely resembled Trubee, but I wasn't sure. Of course, it was Trubee, and Tucker loathed him! Trubee decided within 2 seconds that Tucker was going to be his new best friend. 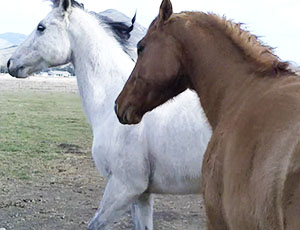 Tucker was completely against this suggestion, he was only friends with mares. If Trubee is anything though, he is persistent.Soon they were quite literally inseparable, though I moved Tucker at some point after they bonded to a different part of the ranch. I struggled to keep Tucker happy for those months, not realizing why he seemed so depressed. When we reunited him with Trubee it was obvious that they had become mutually best friends. When we moved barns, I moved Trubee along with Tucker and they've been together ever since!

I would take Trubee out occasionally to ride when I had friends in town, or if I saw he had a cut, but otherwise he was simply Tucker's pasture-mate that I checked on. His owner took excellent care of him during his two run-ins with Pigeon Fever that I witnessed, but then gradually had less time to spend on him. 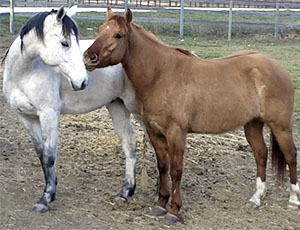 She actually tried using him for the same class that we had met in back in 2011, but Trubee was actually kicked out of that class because he kept rearing. By the time we moved barns, she rarely visited him anymore. In 2014, I received a text that sent a wave of excitement and concern through me. I was worried that I wouldn't have the money, that Tucker's best friend would end up leaving him forever. But I was equally excited by the idea.

"Hey I have kind of an intense question. I'm going to sell Trubee because I just don't ride and it's stressful to find a place for him and he is navicular. Take time to think about it, but because you take such excellent care of him I will give him to you. You can turn around and sell him whenever you want I just want him to go to someone who will take care of him. Feel free to say no for any reason but I wanted to offer him to you first" - Previous owner, January 9th, 2014

I remember sitting at the horse unit at school while reading the text. It was so distracting during lab that day! I knew I had to figure out a way to take him, but also that I literally didn't have the money and my parents would not be willing to help me pay for a second horse. I had just landed a new job though, so depending on how much I was being paid there...I told her that I would need at least a month to figure things out, and she was more than happy to work with me.

"I couldn't think of anyone that takes better care of their horse (and mine for that matter) and I really appreciate it. He would be so lucky if he ended up with you" - Previous owner, January 9th, 2014

Aside from the issue of board money, standard vet bills, supplements, etc., I had the bigger issue of his feet. Trubee's hooves are deformed, they do not grow correctly. This caused him to be lame, and if they are allowed to wear down naturally without diligent maintenance he is in a lot of pain and cannot walk comfortably. When I first started taking him out and caring for him like he was my own, his hooves wore down enough to twist his legs. He was so lame, I didn't know what to do! I found a natural barefoot trimmer in my area, who used a method called ABC trimming. The trim had an immediate effect, and I was sold. Unfortunately, the next day he was so tender footed on any type of hard or rocky ground that I was again wary. But I had seen that soundness was within reach, and that was all I needed to know. 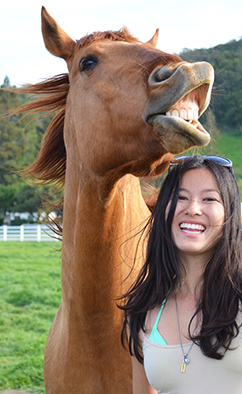 On February 10th of 2014 I officially decided to go through with it, and not to talk to my parents about it until it was set in stone. I knew they would understand if it came down to it 😉 On February 16th we officially transferred ownership, and sent in his AQHA papers. I also bought her trailer the following month! She gave me a bunch of Trubee's things, including all his blankets, which made the transition easier on me. Fun Fact: I found out that Tucker and Trubee actually fit the same blankets! We bought a pair of Cavallo Hoofboots and that changed everything! If he wore those on his front feet, he was fine! They were his miracle boots and I cannot express how satisfied I am with their performance. We still have the same pair, though they're starting to show some signs of needing replacement. We only need to wear them on very rocky trails now, and he can walk on gravel most of the time without complaint.

The only reason it has been possible for me to afford the upkeep of two horses, and with Trubee being somewhat special needs aka he eats money, is due to the help of partial leasers. They never last more than a few months, and the stress on me and on Trubee is sometimes barely worth it, but occasionally we get some really awesome people! And the money is extremely helpful. Trubee has been a champ through it all and Tucker has even pitched in on occasion when there's someone talented enough and willing to ride him 🙂 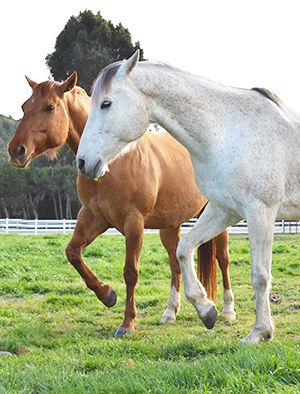 Owning Trubee has not been easy, and I've made sacrifices to keep him, but I would do anything for Tucker, and Trubee made him happier than I could alone. Now that I've had Trubee for a couple years, I could never regret the decision I made, as he's become one of my best friends. Trubee and Tucker are like yin and yang, I cannot imagine one without the other. They are as brotherly as I've ever known brothers to act. Trubee is my cuddle bug, a giant puppy who just loves people. I'm so grateful for him, and look forward to watching his already giant personality grow for the rest of his life!