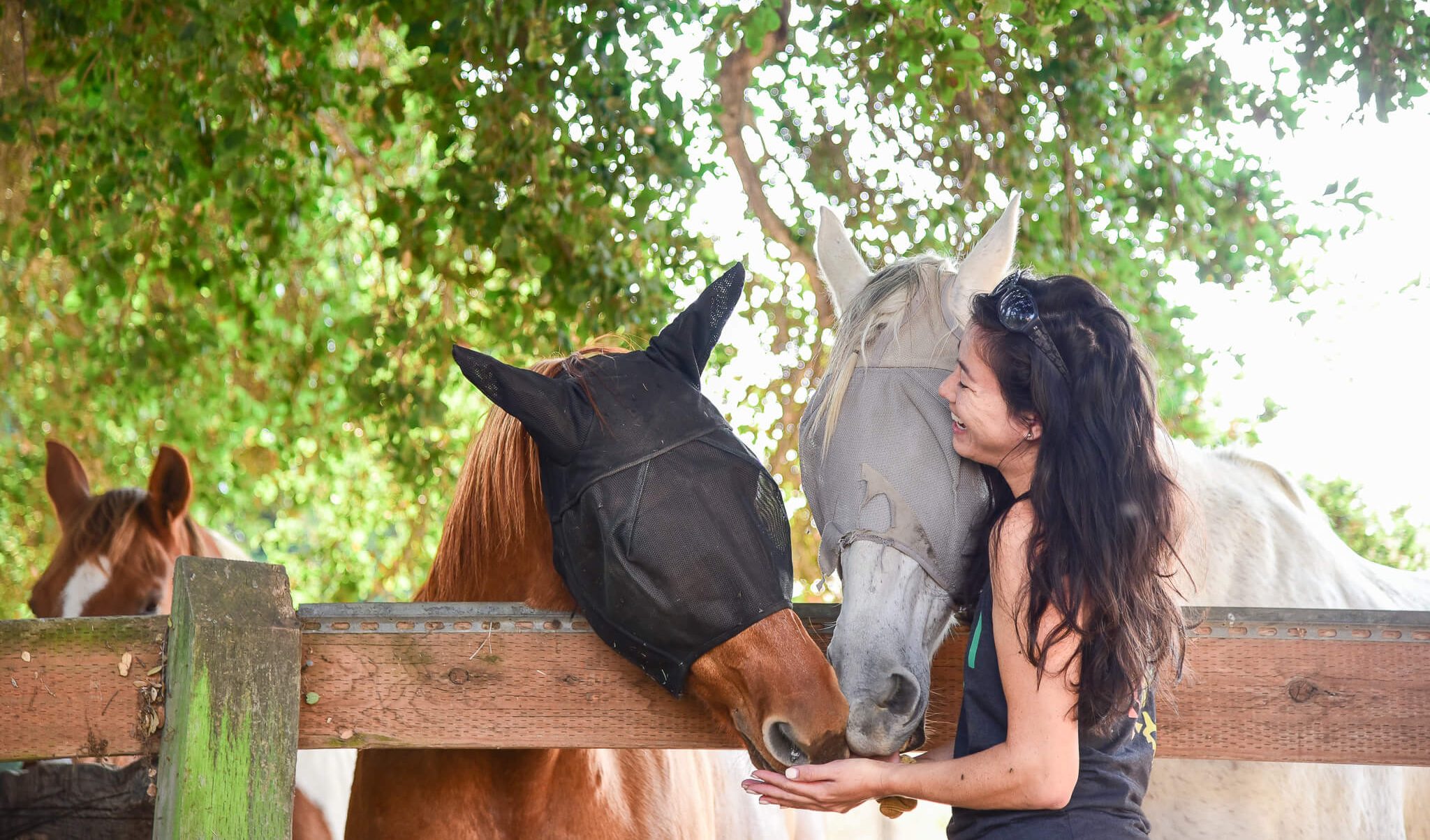 In September, the horses moved to a new pasture at a new location! The most space they've ever had: 16 acres with a small mountain included. 360° views of our favorite local masterpiece of a mountain, and an overview of the university I attended in the other direction. The catch? A herd!

I've always wanted my horses to have their social needs fulfilled, and for the most part I've felt their own company has been adequate. Trubee is much more social than Tucker though, so integrating with a herd was most exciting for him. There are 5 horses total in this pasture, and they are vastly different from each other!

My horses have fairly active lifestyles, with intense trail riding on the regular. One of their pasture-mates is a large draft style mare who is quite overweight. The other two are smaller cob ponies who also have fairly active lifestyles! They all have different nutritional needs, but the draft mare is obviously the biggest concern! Tucker and her are opposite ends of the spectrum - Tucker needs a lot to keep his weight up, especially if we're trail riding. The mare needs the bare minimum.

Prior to our arrival, the horses in the pasture were living off the land. This is awesome, of course, but my horses dropped weight FAST when they arrived. Within the first week, it was noticeable and I started shoving pelleted feed into them! I greatly misjudged how much extra feed Tucker would need, and he lost about 100 pounds in a couple of weeks. He looked awful!

I did get the pasture analyzed, and spent a ton of time trying to understand the numbers I got back. It has been quite a while since I took Nutrition courses in school! I did a whole rough estimate comparison of what the horses were theoretically consuming versus what they might require. I thought I'd share the results here if anyone is interested. It makes perfect sense that Tucker dropped weight so quickly, Trubee gradually, and that the draft mare Clementine was overweight. She was getting all her calories, but not enough protein. My boys were not getting enough of anything from the pasture alone! They all receive grass hay 24/7 now, and mine still receive Stable Mix to make up the difference of their needs!

The "PASTURE" columns represent what they were theoretically consuming. The "NEEDS" that are highlighted in red are the needs that were not being met!