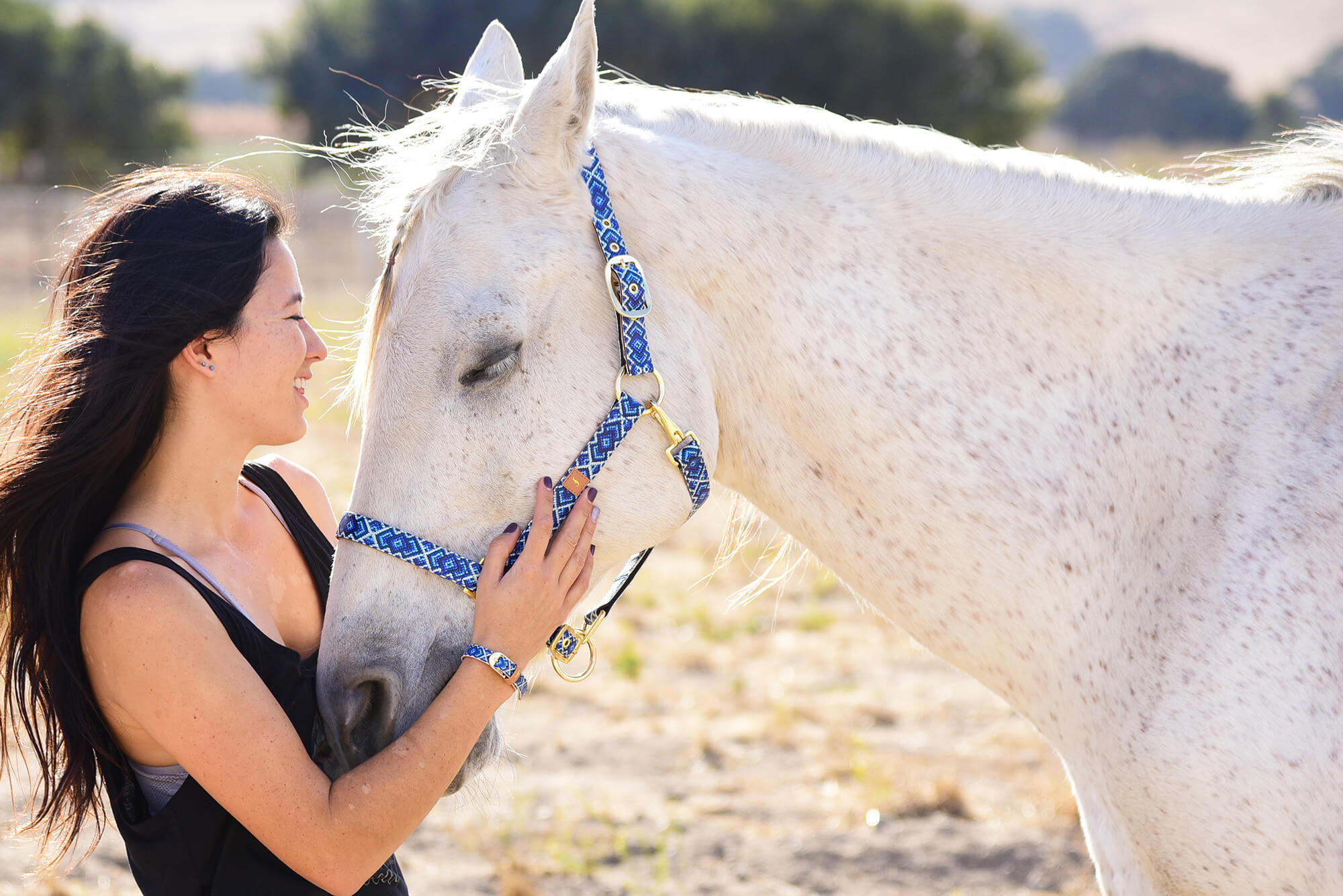 I don't do a whole lot with my horses at the moment - in fact, lately my biggest struggle is trying to snuggle both horses at the same time. It is a really difficult thing to do, having only two arms to use to give hugs. Luckily these boys are patient and most of the time will accept that I can only hug one at a time! (btw halter in the photo is by @friendshipcollar.equine)

Trubee likes to insert himself into Tucker's personal time though, and I can easily hurt Tucker's feelings by ending his moment and accepting Trubee into our space. Tucker is especially emotional, and Trubee can be very oblivious. I've been trying to be more aware of how our actions influence Tucker's mood! It seems that if I haven't seen them for a few days, Tucker needs me to be present for him alone for a considerable amount of time. If I am able to visit daily, he is content with just a moment of my time and then is happy to share time with Trubee. In fact, he is often happy for Trubee to take more of the attention, leaving him on the sidelines to watch.

I recently left them for 4 full days, and Tucker needed me to give him a ton of my attention! Fortunately, Trubee is not at all sensitive and was totally fine running around on his own (literally, he likes to run in circles and do who knows what by himself) until Tucker was okay, and then he was ecstatic when I asked him to play with me 😄. Even after probably 30 minutes of petting and playing, Tucker was still behaving a little disappointed when I left him to give Trubee some time. I was able to get them to play with me together, and their normal bickering did not even occur. Tucker was so desperate for my attention that he was completely ignoring Trubee's playful banter, and 100% focused on me for once.

After I was sweaty and tired, I was able to sit while they got to play fighting with each other. I was fascinated because Tucker had no interest in playing when we first got to the arena; he first needed my attention and consolation before he was able to release and have a fun time with his brother.

While I enjoy this connection with him, I also wonder what this means about our relationship. I feel guilty for not being able to spend this kind of time with him everyday. His desperation for my attention was almost palpable after just 4 days! And yet when I do spend this time with him everyday - he often chooses not to participate. Finding the right balance would be ideal, but is simply not possible with my work-life structure at this time. So instead I simply must stomach the guilt, and enjoy these moments, being aware of what his needs are and respecting and fulfilling them as best I can. ❤️